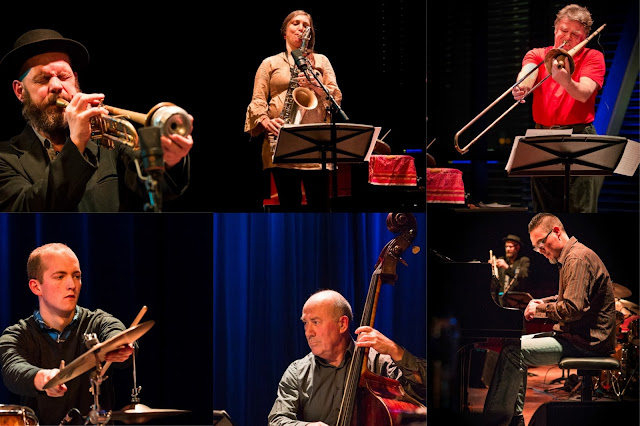 'Good music should be round and must have everything life has; it has animals, it has people, it has events, it has politics, it has religion, everything' - Steve Lacy * The BLUE LINES SEXTET   presents a dynamic mix of 'throbbing’ swing, nomadic neo-lyricism, sonic investigations, crunchy harmonies, urban sounds and improvisations according to unwritten laws. Also phonic fantasies, warm ballads, vibrating melodies and interim scores are used in a situational manner. Says the Blue Lines Trio, which is the basis of the Sextet. In 2012, Raoul van der Weide (contrabass, crackle box, sound objects) formed this trio with George Hadow (drums) and Michiel Scheen (piano). After completing their debut CD in 2014 (Casco 002), they now expanded their lineup with three versatile, unique and alert musicians Ada Rave, Bart Maris and Wolter Wierbos. Press quotes on the CD ‘Live at the BIMHuis’ (2017): “… there is a touch of genius about this CD … a highly i
1 reactie
Meer lezen